Early September I bought a Korg Poly 61M which no longer made sound off Craigslist.

After opening it up, I realized the battery had burst. Here’s how it looked after I snipped out the old Ni Cad battery. 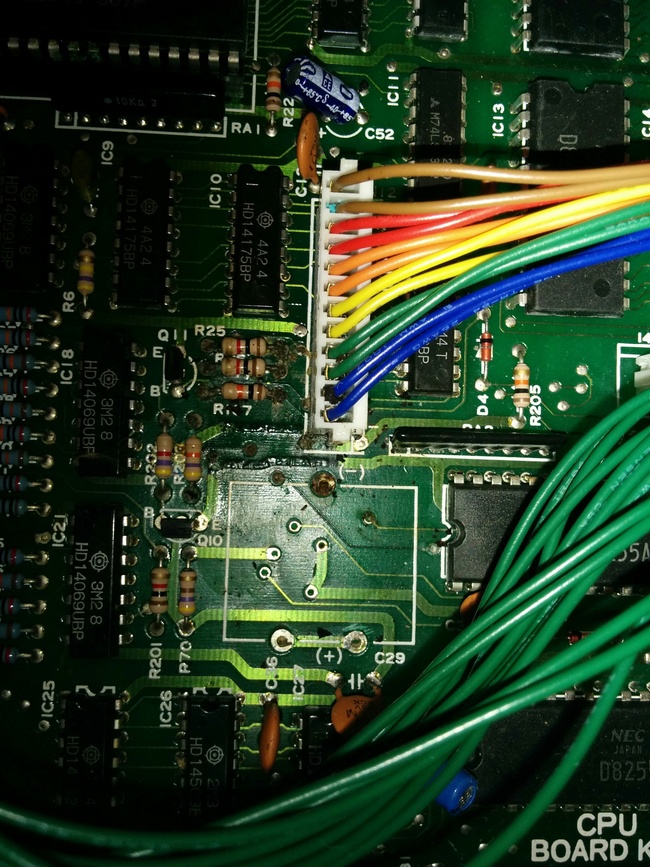 So I disassembled it and neutralized the “acid” (its actually a base) with lemon juice. I then cleaned the circuit board with distilled water. After some surfing on the internet I bought a cr2032 battery holder from RadioShack and the accompanying battery. Then I soldered in the battery and replaced the r70 resistor with a diode. The diode’s positive end should face the positive terminal of the cr2032. Here’s the new battery installed. 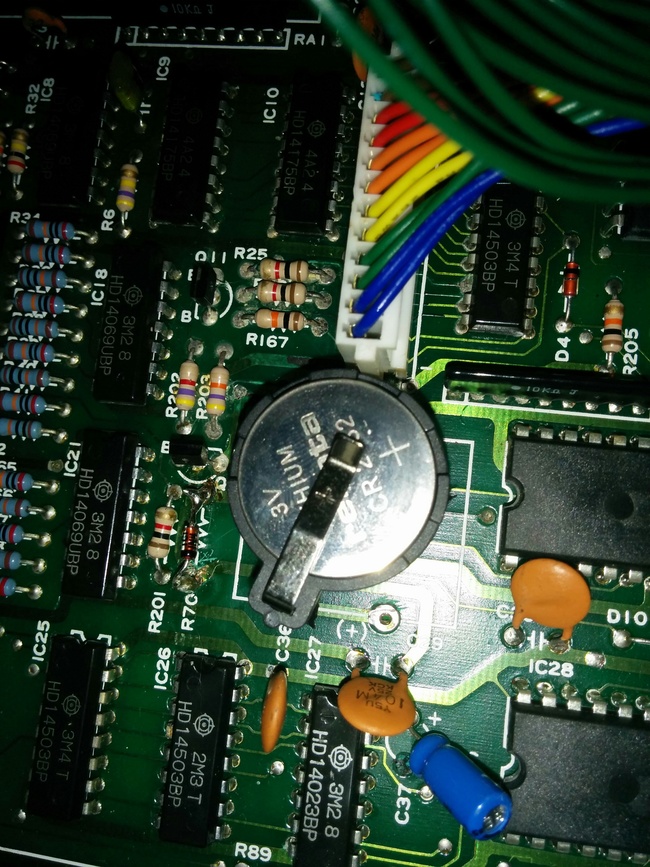 After that I was still unable to get sound of it. I then realized that this was due to the patch memory being corrupted so I powered it up and reloaded the factory patches. Now some of the voices were functional. I realized that the connector slightly north of the battery had a few corroded crimps. After asking on /r/synthesizers I purchased a molex connector and crimps. Now all the voices worked but extremely temperamentally. After buzzing out all the traces on the board I noticed a slight discoloration on one of the IC’s. After ripping off the IC socket I realized that 2 of the pins on the IC socket had been reduced to acidic mush. So I desoldered all 64 pins and resoldered in a standard 64 pin socket from radioshack. After plugging the IC back in the synth all the voices now worked exceedingly well.

Heres a picture of the PCB with the IC removed.

The only problems remaining were some of the selector buttons on the front panel we’re either double clicking or required mashing, and that some of the keys were still dead. To fix the panel buttons I simply bought a few tact switches off syntaur and replaced the broken switches. For the broken keys I cleaned the gold and rubber contacts with rubbing alcohol. I also used deoxit gold contact cleaner and the caikote 44 kit. 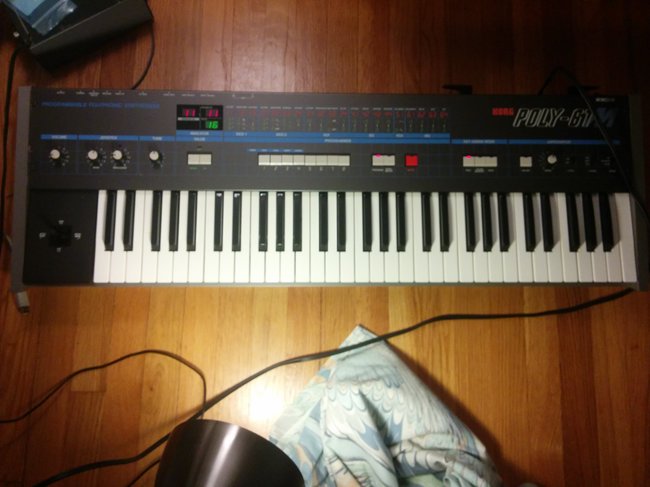 Earlier this year I bought a J-Wire Sequential circuits pro one. It had a fraying power coord as well as a broken OSC B potentiometer shaft. . To fix the power cord I took a normal PC power cord and re soldered it to the power switch and... Continue →